David-Dorian Ross – Martial Arts for Your Mind and Body

David-Dorian Ross – Martial Arts for Your Mind and Body

What Will You Learn?

Discover an introduction to many styles of martial arts, including kung fu, karate, tae kwon do, judo, jeet kune do, and krav maga.

Learn about the physical and mental aspects of martial arts, from the proper form for blocks, kicks, and punches to the necessary self-discipline and focus to succeed.

Study with eight world-class experts to discover the proper techniques so you can perform these techniques at home and beyond.

Martial arts. This phrase conjures up images of peak physical and mental fitness—speed, flexibility, and strength married to meditation, focus, and self-discipline, an image amplified by everything from elegantly choreographed Hollywood movies to mixed martial arts (MMA) cage matches. But the reality is that “martial arts” serves as an umbrella for an amazing range of beneficial and highly specialized practices, from kung fu to tai chi to jeet kune do.

One of the most intimidating aspects of pursuing martial arts is learning enough to understand what works best for you. What is the difference between practicing the quick jabs and furious kicks of karate and tae kwon do, the grapples and rolls of judo, the flowing forms of tai chi, or the street-fighting grit of Krav Maga? These forms of fighting have certain things in common, yet each practice has its own unique philosophy as well as a physical and mental approach. And yet, too often, students and prospective students never get to explore first-hand, and benefit from, the range of opportunities in the martial arts.

Martial Arts for Your Mind and Body offers an immersive introduction to nine leading examples of martial arts. Hosted and brought together by tai chi Grandmaster David-Dorian Ross, these 25 interactive lessons (one more than a typical course) give you a solid grounding in the different philosophies, styles, and techniques of the major martial arts families. For this course, Master Ross has hand-selected seven guest instructors who are award-winning experts in their fields. Whether sensei, sifu, or champion competitor, your teachers are drawn from the best of the best.

You don’t have to be a cross-training warrior or MMA fighter to benefit from exposure to a variety of martial arts. In fact, with suitable guidance, practicing martial arts offers invaluable physical and mental benefits to people of all ages, at all levels of physical fitness. From self-defense to the physical benefits of a disciplined exercise regimen, to the balance and harmony that studying martial arts can bring to all aspects of your life, Martial Arts for Your Mind and Body is an ideal place to begin, resume, or deepen your practice.

David-Dorian Ross has designed a survey of the martial arts, offering a unique foundation for improved physical and mental training, all of which can help you identify specific practices and traditions that may be especially benefical for you. The course lets you experience, albeit far more efficiently, the same sorts of explorations Master Ross undertook as a young practitioner, when he set out to find the right style of martial arts for himself. With seven guest instructors to accompany him, Master Ross takes you on a tour of:

In addition to these major families, you will also learn about qigong, a system for understanding and working with energy, or Qi, that is frequently practiced alongside other martial arts like tai chi. You’ll also learn meditation techniques and other aspects of the mental and even spiritual side of the martial arts.

While Master Ross and his colleagues discuss and personally embody the theory and ideals of their respective practices, this is very much a participatory course. Set in a unique dojo-style studio, each of these lessons gives you the chance to work out alongside the instructors, giving you a true immersion in the martial arts. Workouts include warmups, drills, shadowboxing, combos, and partnered exercises. For instance, you will:

Master Ross’s approach in this course is to pause and give pointers for each technique. Special camera angles and 3D modeling show you all aspects of each move, and Master Ross’s deep understanding of how to help anyone reap benefits from martial arts ensures that you are able to join in and participate safely from lesson one. With this unique approach, you will be ready to punch, kick, block, and grapple your way into improved physical fitness.

But of course, practicing the martial arts is about more than physical fitness or self-defense. Training regularly, with exposure to more than one martial art, benefits all aspects of your life, giving you greater focus, confidence, and self-discipline. The unparalleled experience of nine styles in this course will give you fresh insight into what martial arts are all about, and greater clarity about your own life and goals. Martial Arts for Your Mind and Body is here to show you a way to your best self.

After you make payment, we will send the link to your email then you can download the course anytime, anywhere you want.

WE WILL REFUND YOUR MONEY IN SITUATIONS:

(1) The item is not as described

(2) The item doesn’t work the way it should

(3) The item support is promised but not provided 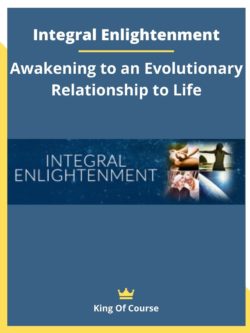 Integral Enlightenment: Awakening to an Evolutionary Relationship to Life 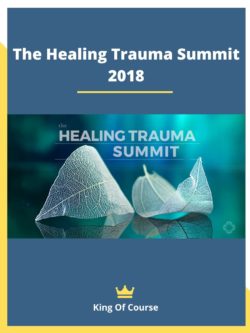